Ise Jingu is called "Oise-san" by the locals, and has long been known as the home of the Japanese spirit. Shinto shrines are sometimes referred to as "jinja", and sometimes as "jingu". Jingu are associated with the imperial family. Ise Jingu (Ise Jingu), is where Amaterasu Ookami is enshrined. Moreover, Ise Jingu is not just one shrine but 125 shrines, museums, and more, including Koutai Shrine at the Inner Shrine, and Toyokedai Shrine at the Outer Shrine.

The Difference Between Temples and Shrines

Subject of Worship: Japanese Shinto
What it Looks Like: There are torii (usually orange gates), shisa (protective lion statues) and koma dogs (guardian dog statues). Gods are not represented by idols.
How to worship: Clapping your hands before prayer

Subject of Worship: Buddhism
What it Looks Like: There is a statue of Buddha without torii or shisa. Concrete Buddha statues.
How to worship: to join hands without clapping before prayer

Why Ise Jingu Is so Special

Ise Jingu's Special Points
It's a sacred place where you can feel the origins of Japan. For 2000 years, Ise has been a place to harmonize with nature. It's very important to Shinto, which is the traditional religion of Japan. There were many delays and suspendings before the 7th century, but the building has been preserved eternally by rebuilding it every twenty years. Even from the days before railways and cars, Ise Jingu has been a popular tourist attraction, receiving 4 million tourists a year.

Over 2,000 years ago, legend has it that Amaterasu Ookami, who is said to be the ancestor of the imperial family, was traveling from Nara while looking for a place to have as a permanent residence. She was satisfied to find Ise. Since the 7th century, the divine building of Kataijingu (Naiku) has been rebuilt every 20 years. After the 17th century, it was opened to the general public, and the system of Ise Kou, a group that collected funds and chose people to travel to Ise decided by lottery, became popular and gathered worshippers from all over Japan. In the 19th century, Ise Jingu officially became the center of Shinto. These days, it gets more than 8 million tourists annually.

Rinsing Your Hands at the Purification Fountain

Ise Jingu is a sacred place, so we first have to cleanse ourselves at the purification fountain. This is a practice to cleanse your heart and soul before facing the gods. ① Rinse your left hand. ② Hold the ladle with your clean left hand and rinse your right hand. ③ Once again hold the ladle with your right hand and rinse your mouth with water you pour into your left hand. ④ Finally, empty any remaining water in the ladle and put it back.

How to Pray to the Gods

Worshiping at the shrine is done like so: ""two bows, two claps, one bow"". ① Bow deeply twice. ② Align both hands, with your right hand slightly lower. ③ Clap twice. ④ Give one deep, final bow. Both the Inner and Outer Shrines are great places to worship. Let the gods know how grateful you are. 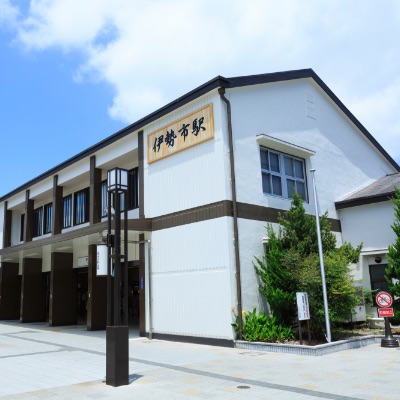 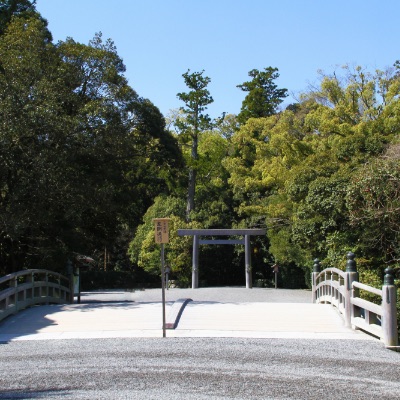 From the JR side exit it's a 7 minute walk. Visit the Outer Shrine before the Inner Shrine 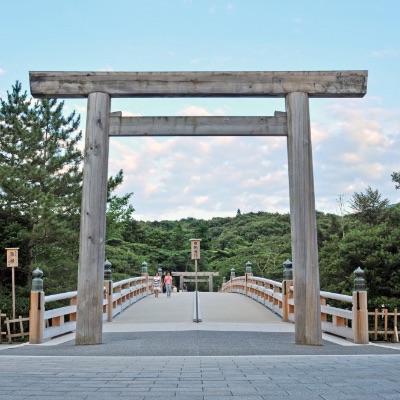 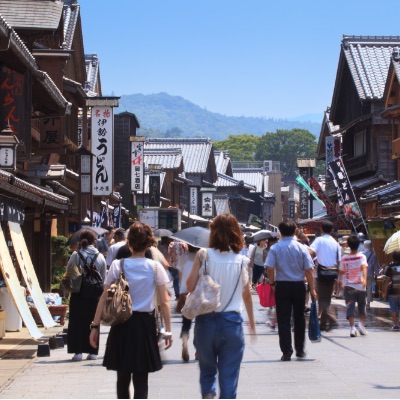 Outside the gates of the Inner Shrine, get some famous gourmet foods and souvenirs!

Ise's "CAN Bus" is so handy when visiting!

We also really recommend the ""CAN Bus"" when visiting Toba, too. A bus comes once or twice every hour. They're easy to find as they're blue. If you buy a ""Michikusa Ticket"", you can ride the ""CAN Bus"" as many times as you want. You can even take the bus that runs from the Outer to Inner Shrines every 10-15 minutes!

The Order to Visit the Outer and Inner Shrines